Carl was raised on the tiny Channel island of Sark, the island has no cars and horses are very much part of Sark life. It is no surprise that Carl learnt to ride, what is more surprising is where his early introduction to horses on this sleepy island has led him.

Carl’s career took the most dramatic turn when Dr Bechtolsheimer approached him to join his yard as a rider. “I was totally overawed at the interview; I had never seen a yard like it or horses of this calibre. When Dr B asked me how much I would want I said nothing! To ride the horses would be enough! I remember Dr B smiling and saying how does £XX a week and a cottage sound. I thought all my birthdays had come at once!”

This part of Carl’s career is well documented but it is sufficient to say that Carl feels a lasting fondness and debt to Dr and Mrs B who literally gave him the chance of a lifetime.” I rode and trained with Dr B for three and a half years and in 1990 went to the World Championships on Rubelit von Unkenriff, the European Championships in 1991 and in 1992 the Barcelona Olympics on Georgioni. I was the youngest British rider to ever compete in an Olympic Games. It was the most amazing thing that had ever happened to me, and a period that changed the course of my life.” 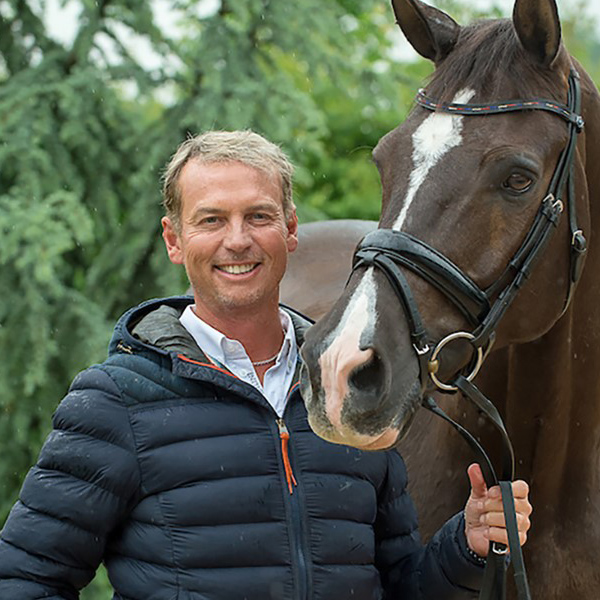 Sessions
10am Live Q&A with Carl Hester at home

What a way to launch our first ever Your Horse Virtually Live! Tune in to see if your burning question was answered by the man himself – Carl Hester. Sit back and enjoy a relaxed chat with Carl at home full of advice, stories, surprises and laughs.Click here to view >>

Brought to you by Horsehealth