Born in Leicestershire, Piggy grew up surrounded by ponies. Her real name is Georgina, but she was given the name Piggy by her sister who thought her sibling resembled Piglet from Winnie The Pooh.

In 2004 Piggy was crowned the Under 25 Champion at Bramham. She benefited from a giant payday in 2006 when she pocketed £25,000 for winning the Liberte Shropshire Slam, a prize for any rider (or owner of a horse) with three consecutive wins in any international section at Weston Park’s autumn fixture and the Sansaw CIC2*. In 2007 she won Le Lion D’Angers seven-year-old championships with Castaway II and was 12th at Burghley three-day event on Paris.

In 2018 Piggy represented Great Britain at the World Equestrian Games in Tryon. Representing her country is always a big motivation for Piggy so winning the Team Gold medal was definitely the highlight of 2018.

2019 was a hugely successful year for Piggy. She won her first five-star title at the 2019 Badminton Horse Trials with Vanir Kamira, this kickstarted a fantastic season that included a Team Silver at the Eventing European Championships and second place at Burghley Horse Trials.

Piggy was named the BE Leading Rider in 2019. 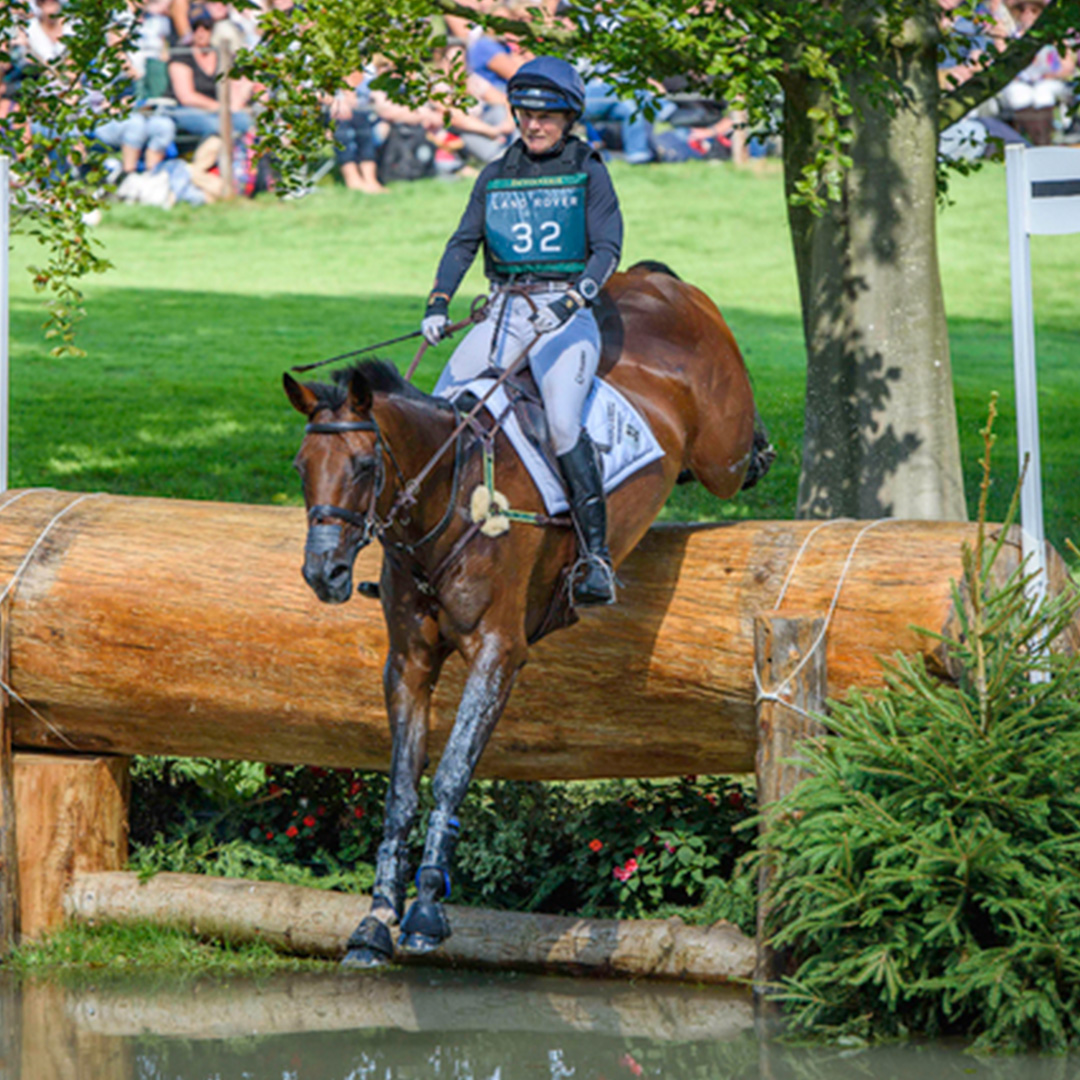